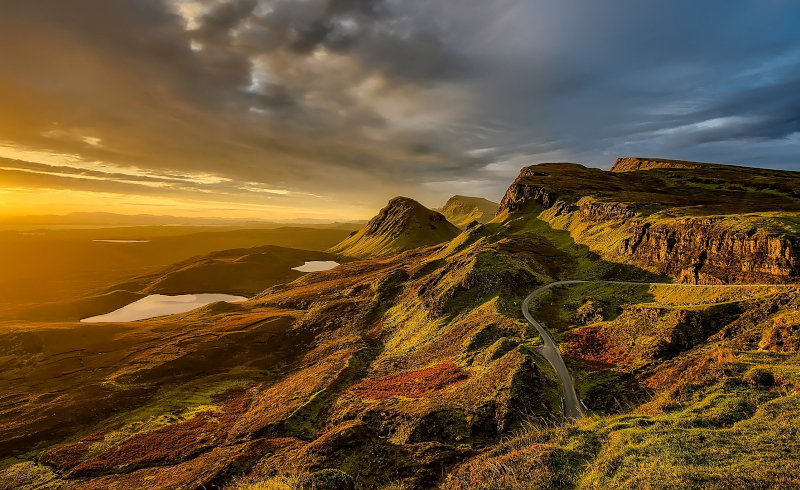 The biophilia hypothesis is the belief that humans are genetically predisposed to be attracted to nature. It states that all humans inherently love the natural world. This idea that we are drawn to, and indeed need, nature was first put forward by a man named Edward O. Wilson in his book “Biophilia” published in 1984. It’s ostensibly a lasting vestige of our early days as a species when we were reliant on the outdoors.

It’s thought that being outside more often can help to promote our well-being, prevent disease, and/or speed up recovery. A growing number in the medical profession believe that this is the case, from reports that surgery patients with a view of trees out their window suffer less pain and make faster recoveries than those who only have a view of a wall. Other studies have suggested we can experience a reduction in pain through viewing nature videos and looking at pictures. Those who have exposure to natural light rather than artificial light seem to experience less pain.

Prevention is better than cure

It is becoming common for GPs to prescribe lifestyle changes ahead of medication for various ailments. Gym membership and outdoor exercise are now routinely advocated. The belief is that walking or cycling in a natural environment has a positive impact on mood and mental health. Having a companion boosts social interaction. It follows that increased movement promotes weight loss and a reduction in blood pressure and heart rate. There may also be gains in respect of the prevention of dementia and some cancers.

It has been an unintended consequence of the covid-19 pandemic that one of the few activities allowed has been a daily walk, meeting others when allowable, and many people have discovered the pleasures and benefits of exercise. Dog ownership has soared.

This raises new questions, including what exactly constitutes ‘nature’ (e.g., does it have to be in the countryside or just an urban park – or can we just look at a picture of a park?) Also, what is the required ‘dose’?

According to a 2019 article in The Journal of the American Medical Association by Thijs Eijsvogels and Paul Thompson, the answer may be “not as much as you might think.”

Drs. Eijsvogels and Thompson reviewed several published studies and concluded that as little as 15 minutes a day of moderate-intensity exercise – and only 8 minutes a day of vigorous-intensity exercise – is what they called the “lowest effective dose.” This means that even a small amount of exercise may have substantial health benefits compared to being sedentary. People who protest that they are too busy to exercise should in reality be able to find this amount of time in their schedule. And if it’s in the great outdoors, all the better!

Chartered Financial Planner of the Year 2019/20!